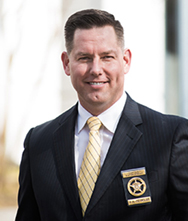 By: Jessica Lindley, Cherokee Tribune The 2016 race for the next Cherokee County sheriff is already shaping up to be competitive with candidates starting to build war chests. Campaign disclosures were submitted to the Cherokee County Elections and Voter Registration on June 30 and candidates Frank Reynolds, David Waters, Jeff Donley and James “Chip” McCarthy are showing contributions to their respective campaigns.Reynolds, the commander of field operations with the Pickens County Sheriff’s Office, has raised the most money during the reporting period, disclosures show.Reynolds has more than 20 years of law enforcement experience, some of which was earned at the Cherokee Sheriff’s Office where he started his career in 1994. On his June 30 campaign disclosure, Reynolds shows $14,985, plus $300 in-kind, to report at the beginning of the three-month reporting period. He itemizes $32,594, plus $2,760 in-kind, in contributions during the reporting period. His total contributions to date are
Continue Reading

Woodstock Parade, July 4th The parade begins at 10:00 am with activities in The Park immediately following the parade.  The parade starts and ends at Woodstock Elementary School on Rope Mill Rd. It travels up Main St. to Towne Lake Pkwy., Mill St., Market St., Fowler St., Main St., and back to the school. Canton Parade, July 4th The parade begins at 7:00 pm on Main Street Downtown Canton for 1st Saturday.  Fireworks on Riverstone Parkway afterwards. Please be sure to wear your “Frank Reynolds for Sheriff” t-shirts to show your support!
Continue Reading

Frank Reynolds, Cherokee Sheriff Candidate, Ready to “Come Home” The Cherokee County resident has announced he will run for the seat, which Roger Garrison has held for nearly 24 years. By: Kristal Dixon, Patch Writer At least one candidate has made official his bid to replace Sheriff Roger Garrison as Cherokee County’s top cop. Frank Reynolds earlier this week officially announced his bid to run in the Republican 2016 primary to become the next sheriff for Cherokee County. Reynolds held a campaign announcement at the Rock Barn in Canton, drawing hundreds of residents, supporters and current and former elected officials. When Garrison in 2012 announced he would not seek re-election to a seventh term, Reynolds said people began to approach him and ask if he’d planned to run for the office. Reynolds, a captain with the Pickens County Sheriff’s Office, said his decision was made with the counsel of family
Continue Reading